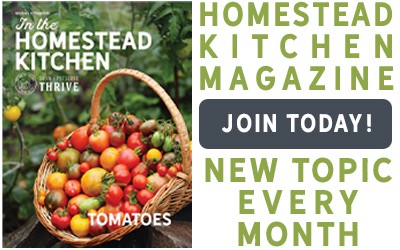 There are many ways to go off-grid, including going off the medical grid. In this episode of the Pantry Chat, we’re talking with Dr. Ramon Issa who owns a Direct Primary Care practice here in North Idaho and he’s sharing with us what this model of medical care looks like and why it might be a good fit for you.

Back in 2017, Dr. Issa was morbidly obese with severe hypertension, arthritis, heartburn, sleep apnea, heart palpitations, and taking numerous prescription medications. He was a physician and knew how to treat the issues he was having, but he wasn’t getting any healthier.

It was like he was living in a constant state of “have a symptom, treat with medication”. His wife was continually encouraging him to go see his doctor to help with the issues he was having, but he “lived” in the doctor’s office and knew the things his own doctor was doing weren’t working.

At the time he didn’t know it was possible to change the way he was eating and reverse high blood pressure, or reverse diabetes, or lose weight… because that’s not what you learn in medical school.

It was this realization that caused him to take a step back and look at more than just the symptoms to put together a program to lose the weight, get off the medications and heal his body of these ailments through real food and a healthy lifestyle.

What Does “Off-Grid Medicine” Mean

As a physician, Dr. Issa took his practice “off-grid” in order to practice medicine in the way that is in the best interest of his patients rather than an insurance company.

With his practice, Dr. Issa wanted minimal restriction, interference, and red tape between he and his patients. He says in the interview, “This system is kind of new, but it’s actually quite old.”

We think it’s interesting how something like COVID has been so disruptive to the world but has actually exploded the Direct Primary Care model of practice.

The main thing that affects the relationship with the patient is that, when you’re using the insurance-based model of practicing medicine, there isn’t enough time to diagnose and assess a patient to properly treat the issues that the patient came in for.

This leads to simply diagnosing a symptom (generally of something larger going on) and treating that symptom alone.

The average insurance-based medical system only allows doctors to see patients in a 15-minute window of time, and that just doesn’t give the doctor enough time to ask questions like what their lifestyle is like, what they eat, when they eat, how much movement or exercise they get, etc.

Dr. Issa had an insurance-based medical practice for many years and he recounts how as soon as an appointment with a patient began he was already thinking of how he would end the session. Typically speaking, writing a prescription for a medication to help with the symptom that brought the patient in was the fastest way.

That’s not to say doctors aren’t there to truly help the patient, it’s just that the system has almost handcuffed the doctors from being able to do so while maintaining a successful practice.

With the off-grid model or Direct Primary Care, you’re not under the same time constraints, rules, and regulations.

Off-grid is a mindset, it’s not just taking your house off the electrical system, but it’s looking at the way you do things and thinking differently than the mainstream.

As a doctor, as a medical provider, you can take your practice “off-grid” and no longer need to be dependent on the pressures from the medical companies to do what they want you to do.

Dr. Issa shares that now, as an “off-grid” doctor, he answers to the patient. He can spend as much time with them as is needed to fully diagnose and get the full picture of what’s going on with the patient.

In fact, if you’re new to his practice, he won’t begin to diagnose or treat you without a full health evaluation, including an extensive blood panel. He wants to be sure he’s seeing the entire picture for whole-body health.

What’s Important for Us As Patients

As a patient, it’s important to approach the medical system in the same thought pattern as we do other grids (like the electrical or food grids). Instead of going to see your doctor each month and getting a refill on your prescriptions, how about looking at other ways to disconnect from that system and take charge of your health.

Take your health “off-grid” instead of continually getting prescriptions for those chronic ailments.

It seems this Direct Primary Care method of health care speaks to us as homesteaders. We’ve heard from so many people that it was because of poor health and taking their health into their own hands that they began homesteading in the first place.

Because Dr. Issa was trained in the medical system and went to medical school, he knows how to first “Do no harm”. He knows the dangers of medications and surgeries, etc. but just because those things are approved by your insurance, doesn’t mean it’s the best thing for you.

He likes to look at other options, other methods that might be better for the individual patient.

If you want to be able to find a doctor that can really speak the truth to you, that can spend the time needed with you and not have to jump through the hoops of the insurance companies, look up a Direct Primary Care (DPC) membership-based program near you.

This doesn’t mean that you get rid of your insurance. You can have your insurance and join a DPC membership. They can work simultaneously, but also get you off the traditional medical grid.

What Dr. Ramon sees most often is that families are adding his medical expertise alongside their own medical insurance. So if you have a catastrophic emergency and need surgery or emergency medical care, you’ll still be taken care of through your insurance. However, for the day-to-day doctor visits, help with getting healthy and possibly getting off long-term prescription medications, etc. this is where Dr. Issa (or a Direct Primary Care doctor) comes in.

What is the DPC Membership

Dr. Issa’s practice is a lot smaller now than it once was. As an insurance-based provider, he averaged about 2,500 patients. It was very difficult to get to know his patients in the 10-15 minute appointment slots he was allowed.

With the DPC model, he’s able to charge his patients a monthly or yearly membership fee, and those patients are now part of his practice.

He shares that it’s truly more than that. Those patients are treated the way he would want his family members to be treated. They get access to his email, phone number, cell phone, etc. They can call, text, and stop by whenever they need and he can spend the time that’s needed with them.

This DPC model allows him to see fewer patients, spend more time with them, and truly help offer the health care he always desired to give (rather than the sick-care model of the medical system today).

His practice is a tight-knit community, you know who will answer the phone when you call, and he knows who you are when you call. His desire is to teach people to NOT need him, how to care for themselves, and to know what’s healthy for them.

There are also some co-op-type insurance plans available that also complement a Direct Primary Care setup.

We actually use MediShare, which is available to the Christian community, and have used it for nearly 20 years for our own family. There are many other options out there that are great alternatives to standard insurance.

As mentioned before, Dr. Issa was morbidly obese with constant aches and pains. He was moody and hungry all the time. It wasn’t until he was caring for his dad and watching him pass away from the very health issues he was beginning to have that he decided to make a change. He wanted to change his health and the course he was on so he didn’t end up like his father.

Where to Find Dr. Issa or a Direct Primary Care Practice

Dr. Issa’s practice is not limited to someone who is local to North Idaho (although he mentions that being local is best in cases of needing in-person medical care), but he does offer virtual visits, online consultations, phone calls, etc.

If someone wants to keep their primary care doctor, Dr. Issa can work alongside them to help them change their diet and lifestyle, and even wean them off prescription medications.

You can find Dr. Issa on his website at Off Grid Doc or reach out to him via email at [email protected]

More Posts You May Enjoy

How to Read Seed Packets

Knowing what seeds to buy and when and how to plant them isn't always obvious based on the seed packet or catalog. Learn how to read seed packets to maximize your garden potential this year, and to keep records for your specific growing zone. In the current world we...

END_OF_DOCUMENT_TOKEN_TO_BE_REPLACED 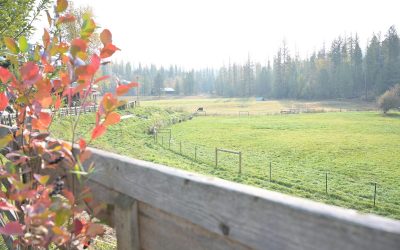 Learn to Homestead While on a Budget

So many people want to homestead, yet most think that it costs money (money they may not have). So the question begs, "How do you homestead with no money?" There are so many ways to homestead on a budget. Just like the seasons are separated into four groups, so are... 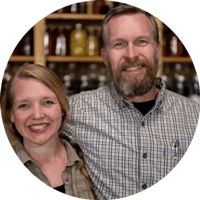 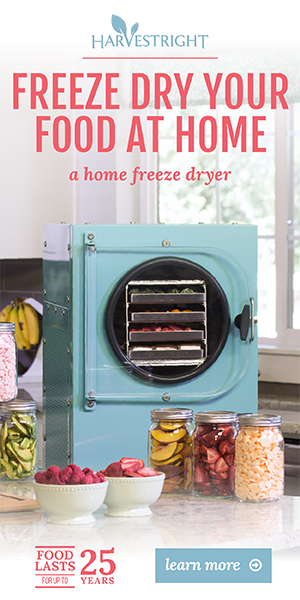 Join over 1,500 Homesteaders and grow together.

Become a Confident and Self-Sufficient Homesteader